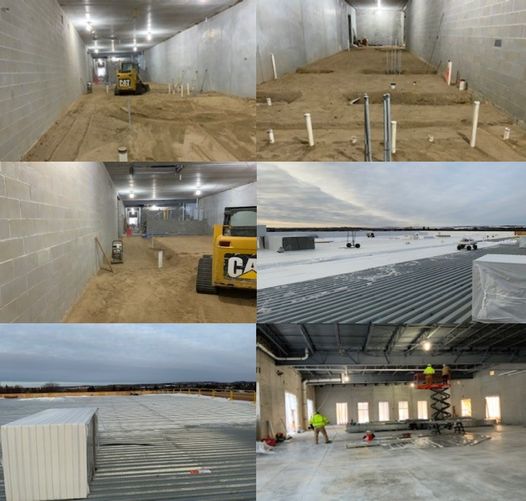 It was another cold week! But it’s January we expect that. The weather did hinder some of our progress. With the very cold temps, we struggled to get ground to thaw so we could get into new areas. However, we continued working in the areas that would allow! We started the layout for our metal stud walls in the Convention Center, put up tracks for the folding partitions, finished laying CMU walls in the southern locker rooms, worked on more underground plumbing and electrical, rain liters, and electrical piping in the Second Arena ceiling, finished underground refrigeration lines in the ice plant room and prepped to pour a slab on grade in the Northern locker rooms and the conference room area in the Convention Center. The Roofers did what they could when they could. Next week sounds like it will be better for roofing. Have a great weekend All!